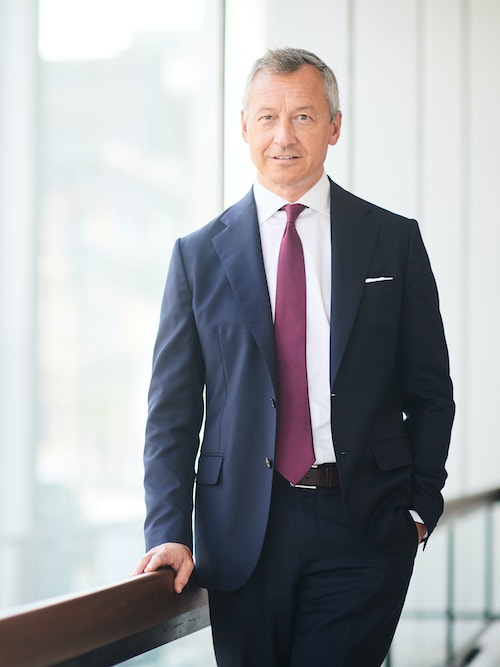 Francis Deprez joined D’Ieteren Group in 2016 as Member of the Executive Committee and was appointed Chief Executive Officer in July 2019. He is a member of the Board of Directors at Belron, D’Ieteren Immo, Moleskine and D’Ieteren Automotive (as of January 2021).

Francis Deprez holds a degree in Applied Economics from the University of Antwerp (UFSIA) and an MBA from Harvard Business School. He speaks Dutch, French, English and German. 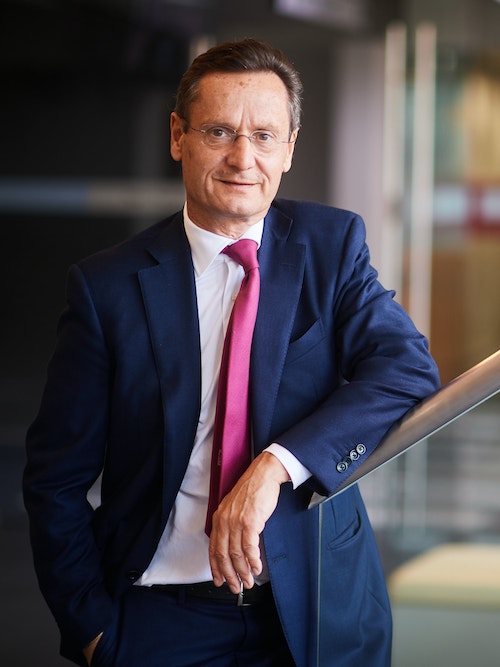 He is a member of the Board of Directors at Belron, D’Ieteren Immo, Moleskine and D’Ieteren Automotive (as of January 2021).

Prior to that, Arnaud was Director for Investments at Groupe Bruxelles Lambert (GBL) and spent almost 20 years at ING Belgium where he held various positions, including Director for Investment Banking (1996-2000), Co-Head of Investment banking (2000-2009), Head of Corporate Clients (2009-2011) and member of the Executive Committee responsible for the Commercial Banking activities (2000-2012).

Arnaud holds a Master in Management (major in Finance) from the Université Catholique de Louvain. He is married and father of 4 children. 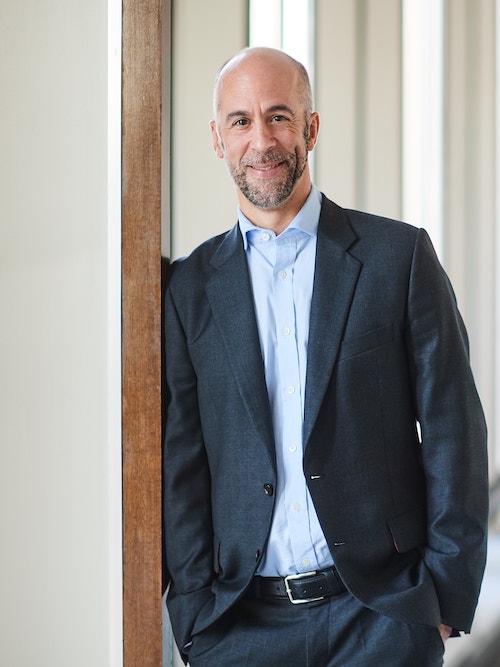 As Head of M&A at D’Ieteren Group, Nicolas manages the Investment Team in its origination effort across all verticals and is also involved in all the M&A and financing activities of portfolio companies. Prior to joining D’Ieteren Group in 2015, Nicolas started his career in M&A at BNP Paribas and PwC. He then worked in London in a venture capital firm, joined ING investment bank (ING Barings) in the Telecommunications and Tech Group and then became Head of M&A at Proximus.

Nicolas holds a Bachelor’s degree in Economics, is a certified European Financial Analyst and has an MBA from London School of Economics, NYU Stern and HEC Paris. 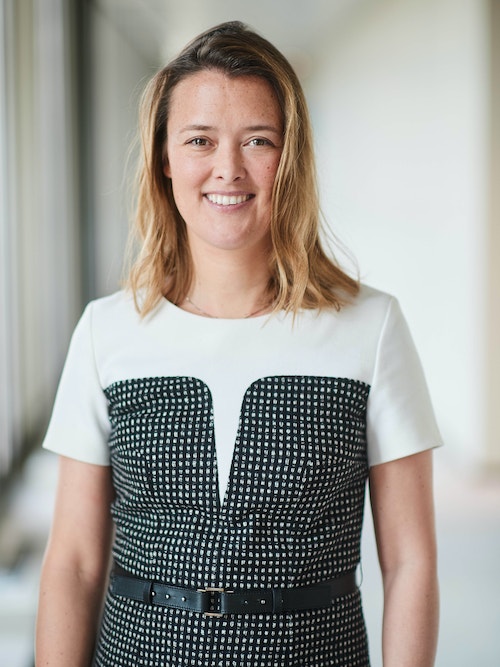 Charlotte is part of the investment team and contributes to the development of the Mobility, Data & Services investment practice. She is supporting Belron and is a Board member of D’Ieteren Automotive. After having started her career as Corporate Finance Analyst at ING, she worked as Consultant at Bain & Company where she focused on advising large multinationals and financial sponsors on strategy and value creation. She then joined D’Ieteren Group in 2014. 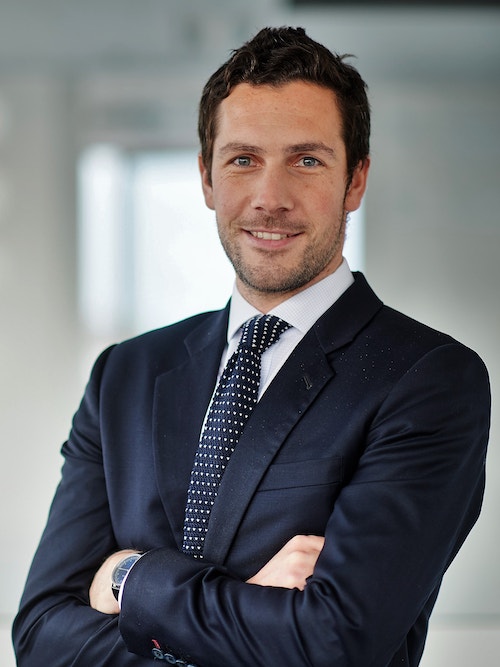 Timothy is part of the investment team and focuses on the Business Services and Industrials investment practices. He follows Belron as part of the portfolio management activity. Prior to joining D’Ieteren Group in 2018, Timothy worked at Credit Suisse Investment Bank in London, where he was part of the Leveraged Finance & Sponsors Group team. 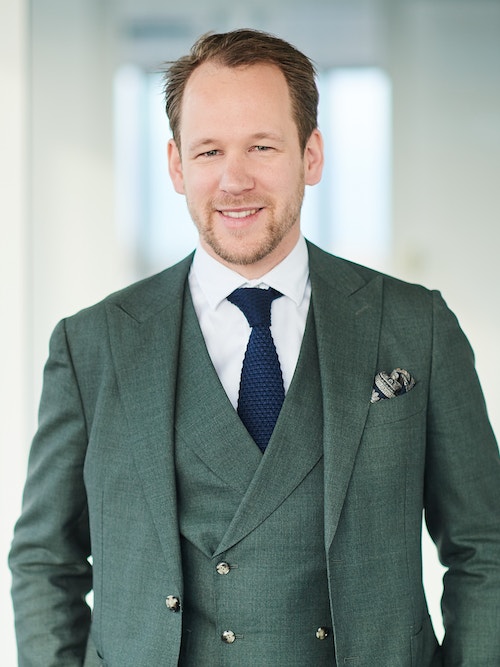 Frederik is part of the investment and contributes to the development of the Industrials and Lifestyle Goods and Services investment practices. He is supporting Moleskine as part of the portfolio management activity. Before joining D’Ieteren Group, Frederik was working in strategic consulting at Bain & Co. Frederik also has entrepreneurial experience and successfully created and ran two companies.

Frederik holds 3 masters (civil engineering, physics and arts), an MBA and speaks 7 languages. In his free time, Frederik loves to discover new cultures, to play music and to spend time with his family. 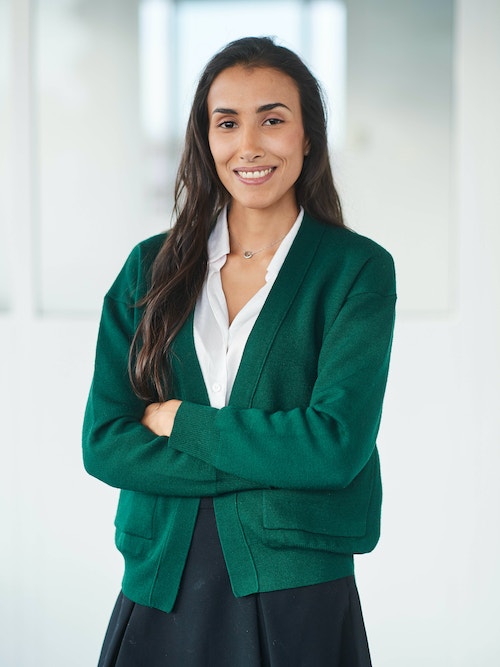 Chaimaa is part of the investment team and focuses on the Industrials and Lifestyle Goods and Services investment practices. She follows Moleskine as part of the portfolio management activity. Prior to joining D’Ieteren in 2019, Chaimaa was working in strategic consulting at the Quanteus Group after completing a credited internship in Fund Investments at BNP Paribas Fortis and 2 start-up projects.

Chaimaa holds a master’s degree in Management Science from the Solvay Brussels School.

Stephan is part of the investment team and focuses on the Industrials investment practice. He follows D'Ieteren Immo as part of the portfolio management activity. Prior to joining D’Ieteren Group in 2020, Stephan worked at Down2Earth Capital, a Belgian private equity fund, and started his professional career at the Belgian investment bank KBC Securities, where he was part of the Corporate Finance team. 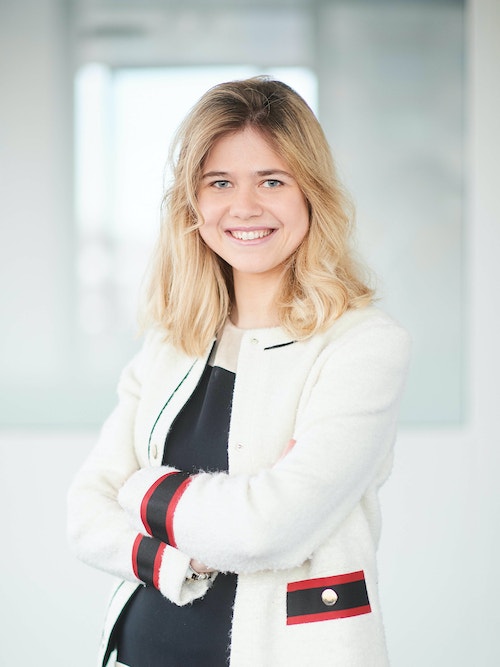 Marine holds a Master’s degree in Business Engineering from Solvay Brussels School and has the CFA level 2. 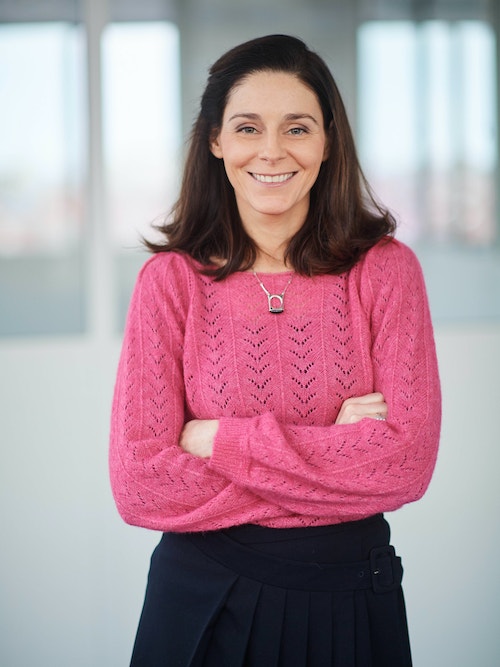 Amélie Coens graduated from law school (Université Libre de Bruxelles) in 1999 and spent a year studying intellectual property law at the Katholieke Universiteit Brussel. She was as a lawyer for five years at Clifford Chance in Brussels where she practised mainly corporate law and M&A. In 2006, she joined the Dexia Group as Executive Advisor to the CEO, and from 2009 to 2015, she was General Secretary and Head of Legal at the investment firm Petercam. She joined D’Ieteren Group in 2015 as Chief Legal Officer. Today, Amélie is also Board member of Moleskine and D’Ieteren Immo. 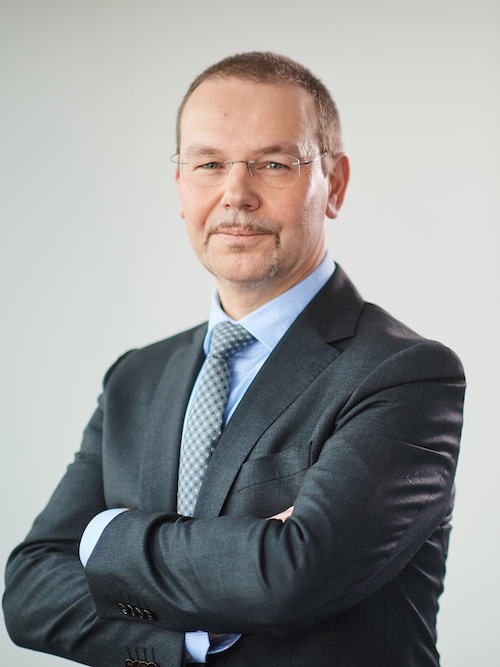 Jean-François has gained more than 25 years expertise in the fields of (IFRS) financial reporting, consolidation, accounting, budgeting, corporate financial control and corporate tax, through several assignments and positions in national and multinational environments.

He joined D’Ieteren Group in September 2001 and took up various positions from Consolidation Manager to Head of Group Financial Reporting, Financial Control and Tax. He played an active role in structuring and managing the Financial Reporting Department.

He actively helps and supports the Group Executive Committee, the CFO and the Investment Team in his main fields of expertise and is a participant in different Audit Committees throughout the Group. 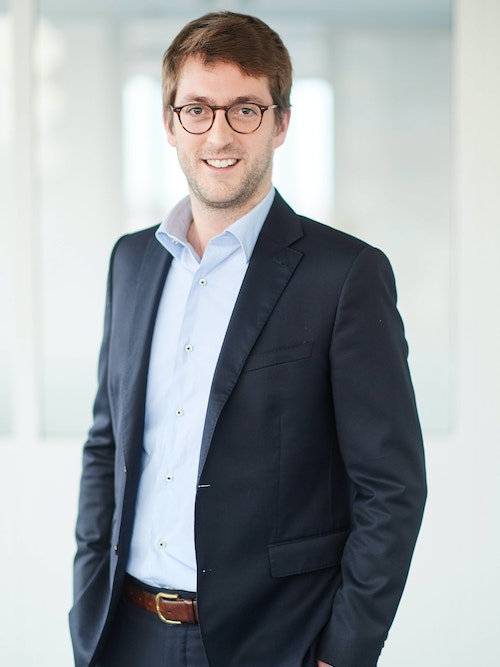 Prior to joining D'Ieteren Group in 2016, Emerson worked as an auditor for PwC Belgium, auditing companies active in the banking and insurance industry.

At D'Ieteren Group, he is taking care of the Group's consolidation and financial reporting. Emerson holds a Master's Degree in Business Economics from the Brussels University (ULB). He is an avid tennis player and he loves riding his motorcycle around the world.

Stephanie is responsible for financial communication and investor relations. Prior to joining D’Ieteren Group in 2020, Stéphanie was nvestor Relations Manager at Bpost. She started her career at Petercam (now Degroof Petercam) where she was buy-side analyst on various sectors and fund manager, before she became Partner at FIDE Capital, a Belgian wealth management boutique.

Stéphanie holds a master’s degree at Solvay Business School (ULB). She is a field hockey player and loves travelling. 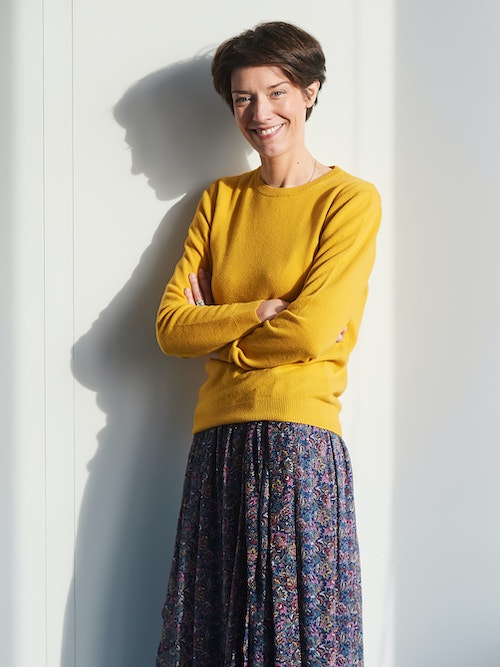 She holds a Master’s degree in Psychology (UCL) and additional academic degrees in Communication (UCL) and international politics (ULB). She has two children and would love to share with them her passion for theater. 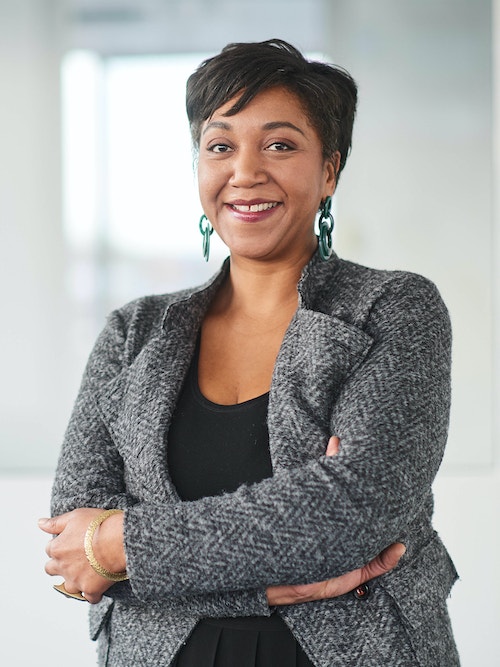 Personal Assistant to the CEO and the CFO

Nancy joined D’Ieteren Group in 2013 as Personal Assistant to the Chief Executive Officer and Chief Financial Officer. She started her career in 1999 as Legal Assistant at Clifford Chance, Brussels, an international law firm for two years. She then moved to the Dexia Group’s headquarters, a Franco-Belgian financial institution where she held the position of Personal Assistant to the Chief Executive Officer for ten years. After a one-year career break dedicated to travelling (around the world) in 2011, Nancy pursued her career and acquired further professional experience in various positions, such as PA to the Chief Financial Officer of a national television channel (RTL GROUP) as well as Office Manager of the Treasury Department of the Carrefour Group. Nancy holds a Bachelor’s Degree in Management Assistance from ECSEDI, Brussels. She lives in Brussels together with her daughter. 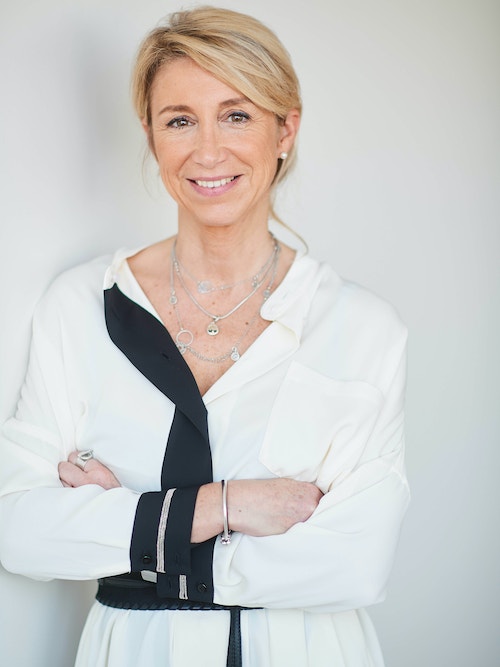 Personal Assistant to the Chairman of the Board of Directors

Isabelle joined D’Ieteren Group in 2015 as Personal Assistant to the Chairman to the Board of Directors. She started her career as a Legal Assistant working for The Alliance of European Lawyers in London. Back in Belgium, she worked as Personal Assistant to the General Director BeLux and France of Nycomed Christiaens (currently known as Takeda), a function that she held for more than ten years. Beside her job as an assistant, she also organised a number of events for the company. After a three-year break, she pursued her career as Personal Assistant at Ashurst LLP and Van Landuyt & Vennoten. Isabelle holds a Bachelor’s Degree from HONIM, Brussels in Languages and Executive Assistance/Management, a certificate from the French Chamber of Commerce, as well as an English certificate from CLT in Leuven. She speaks Dutch, French and English and has a fair good knowledge of German. She has three children.

Adriaan De Leeuw joined D’Ieteren Group in 2021 as Legal Counsel. Adriaan graduated from law school (Universiteit Gent) in 2015 and obtained an LL.M. degree from the University of Chicago Law School in 2016. He worked as a lawyer at Freshfields Bruckhaus Deringer in Brussels for four years focusing on M&A, capital markets transactions and general corporate law.

Laura joined D’Ieteren Group beginning of 2021. She’s part of the consolidation team and is taking care of the Group’s consolidation and financial reporting together with Emerson. Prior to joining D’Ieteren, Laura has worked for four years for KPMG as an auditor, auditing companies in the industrial sector. Laura holds a master’s degree in Business Engineering from Louvain School of Management. During her free time, she likes to play basketball together with her team.